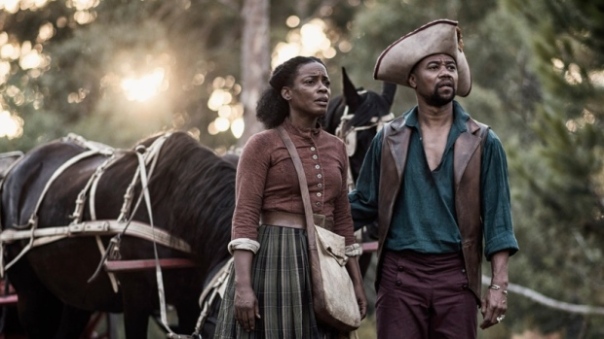 Clement Virgo’s most ambitious project to date The Book of Negroes a six-part TV miniseries adaptation of Lawrence Hill’s award winning book will premiere at Cannes on October 13th.  It is slated to air in Canada on the CBC as a six-hour miniseries and BET has acquired the American rights for the film. The miniseries stars Aunjanue Ellis, Louis Gossett Jr., Cuba Gooding Jr., and Lyriq Bent.  The internationally co-produced, miniseries is focused on the story of an African woman named Aminata Diallo who is abducted from Africa and sold into slavery in South Carolina, she later makes her way to Halifax, Nova Scotia, then back to Sierra Leone and finally, to England at the turn of the 19th century.

Learn more about The Book of Negroes @ Conquering Lion Pictures

This site uses Akismet to reduce spam. Learn how your comment data is processed.