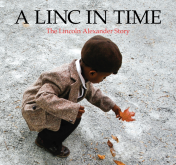 Populations of African descent have been geographically present within the territory that constitutes Canada for over three centuries. While cinematic representation is a relatively recent phenomena that has only been a factor over the last few decades, it may serve as an archive or library that preserves the memories of past, current and future generations of African Canadian and Afro-Québécois populations. There has been a substantial history of film production by African Canadians beginning with the pioneering work of National Film Board (NFB) documentary filmmakers such as Jennifer Hodge de Silva and Sylvia Hamilton. In 2005 Hubert Davis was the first African Canadian nominated for an Academy Award for his documentary Hardwood.  African Canadian directors have also made their mark in feature film through the works of Clement Virgo, Stephen Williams, David “Sudz” Sutherland and Frances-Anne Solomon.  Please use the following online resources for further research.

Kass Banning, “Conjugating Three Moments in Black Canadian Cinema” in North of Everything, 84-99.

Witness As Desired / A Celebration of African Canadian Film